SUB GIRL - That girl with a sub 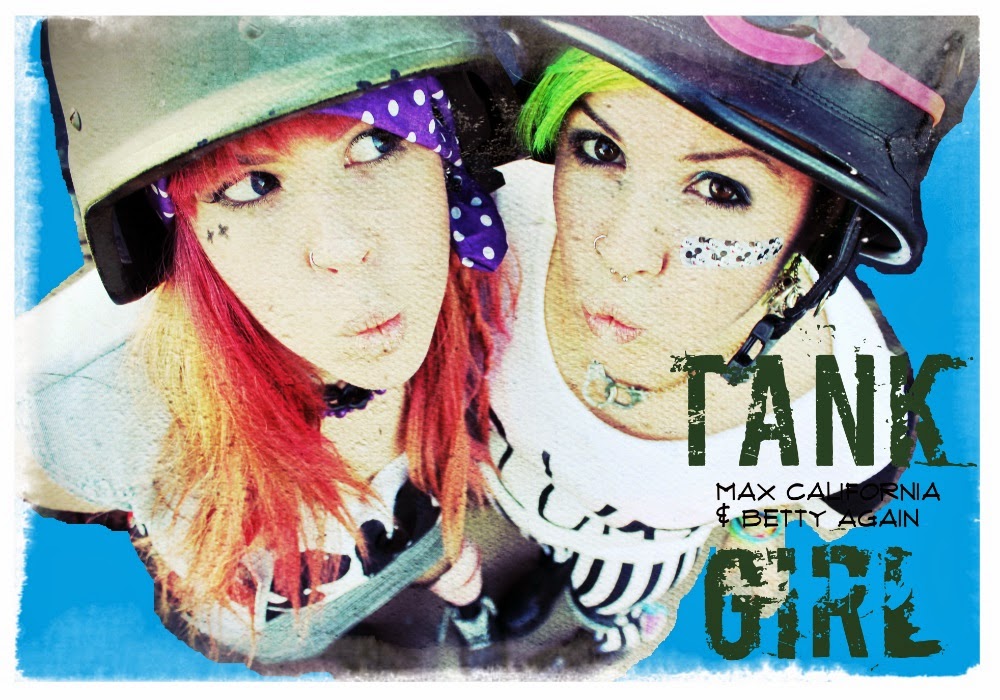 When Kat and Ari asked me if I wanted to sew along with their latest edition of Sew Geeky I jumped at the chance. When they said it was TANK GIRL, I did a triple back flip. I was OBSESSED with the Tank Girl Movie, and Lori Petty, holy heck.


I decided to base my outfit on Sub Girl, Tank Girl's lesser known side-kick chick and gal pal. She's cool, sassy and has awesome hair so I felt like I related to her a lot (good one Betty you'll have the sewing community in stitches).

Sub girl is only in the movie for a short scene and to be honest they made her out to be a bit of a jerk. In the comics she's more like tank girl. They dress very similar and have the same style of hair except that Sub Girl's is pink. She has that same fighter, kick-arse kind of persona but with a great deal less grot than Tank Girl.

I would say I'm definitely a beginner sewer so I was plagued with the 'Amazing ideas/Lacking skills to make said ideas' conundrum. So although I know my end result isn't like groundbreakingly awesome, I think it's cool to show that any so inclined Joe Sew (Joe Blow whatever) can make something similar. 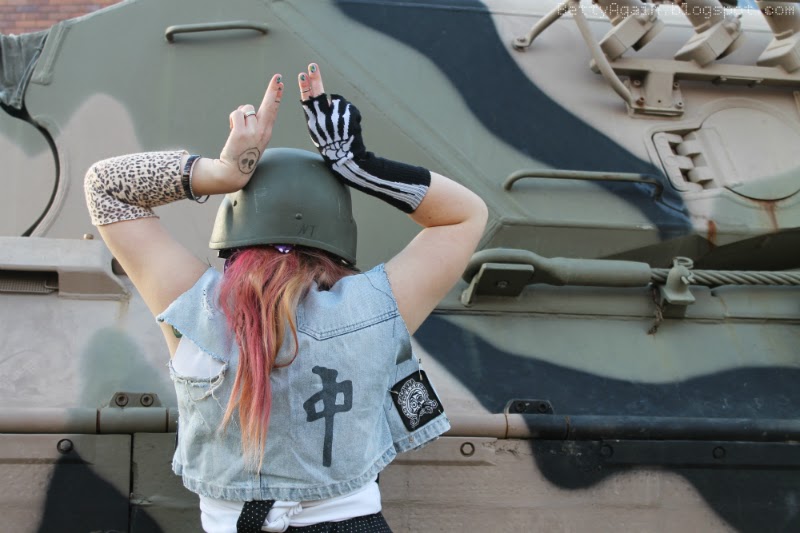 The denim vest is a pair of recycled men's jeans that I acquired from my husband's stash. I tore them and added patches to get the grungy look (I didn't have to do much they were already pretty grungy). 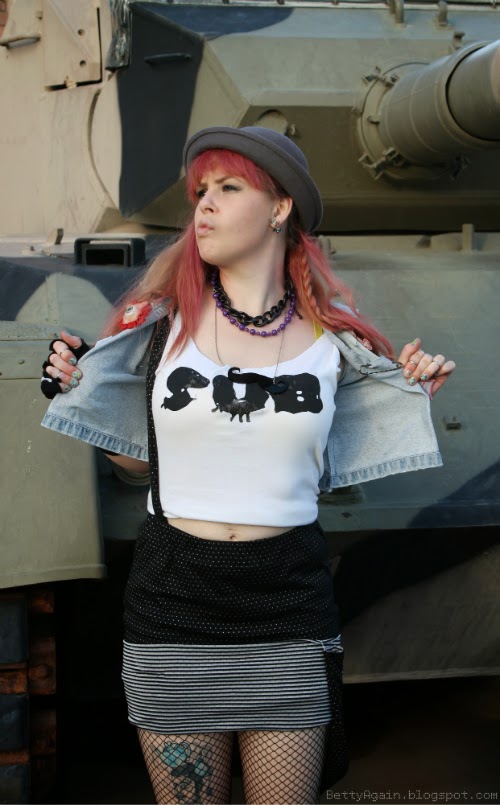 For my singlet top I used a basic tee pattern and modified it to the style I wanted. Then using some cool font on ze computer I copied SUB onto some freezer paper and then used that and fabric paint to stencil my singlet. I intended to cut it shorter but I liked the length for everyday use so I just tucked the shirt under for the photos. 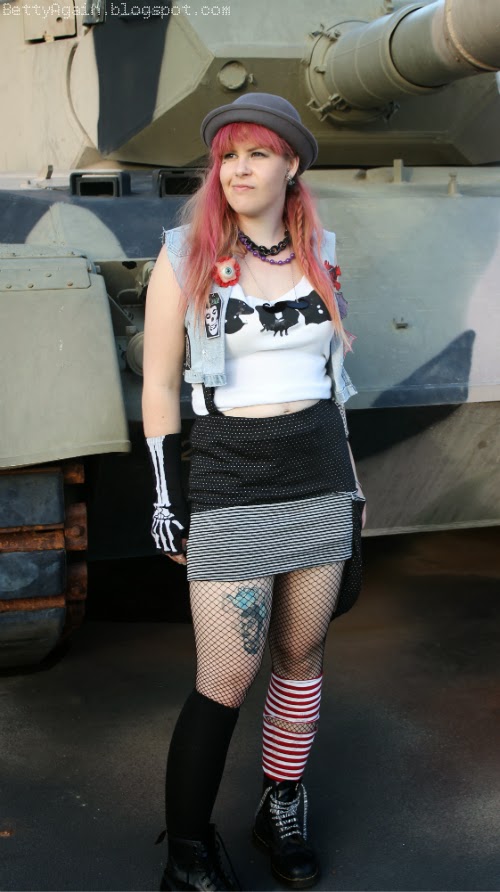 I made my skirt from two sided stretch knit and used a stretch skirt that fit me really well as the pattern. Then used the two different sides to get the spotty and stripey contrast. The skirt is actually knee length and super practical for work but once again I folded it up for the Sub Girl look. I mean seriously who can kick butt in a modestly long skirt...

I used the sleeve of an old shirt for my leg warmer and a leopard print cardi for my arm warmer and paired it with my black docs, fishnets, an army helmet and a purple spotty bandana I whipped up. 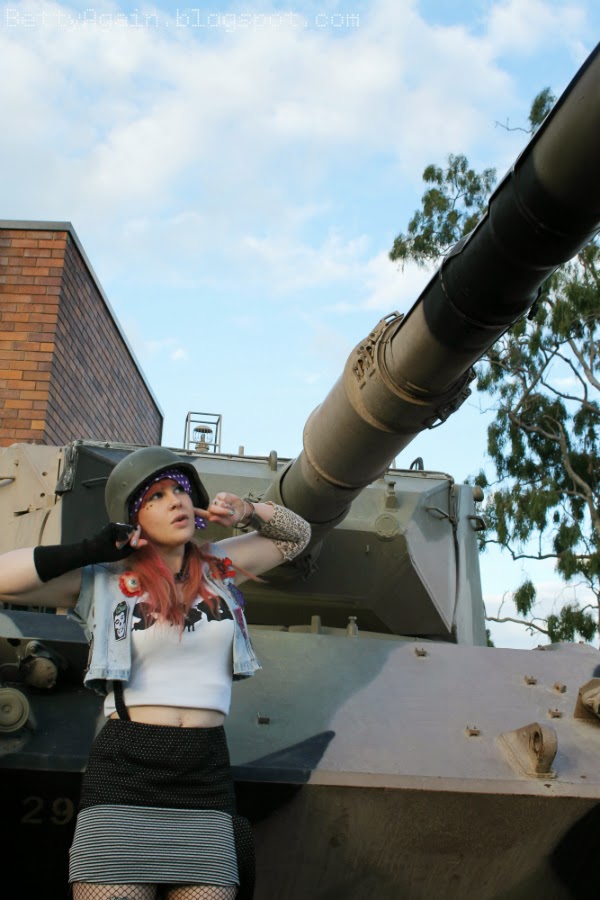 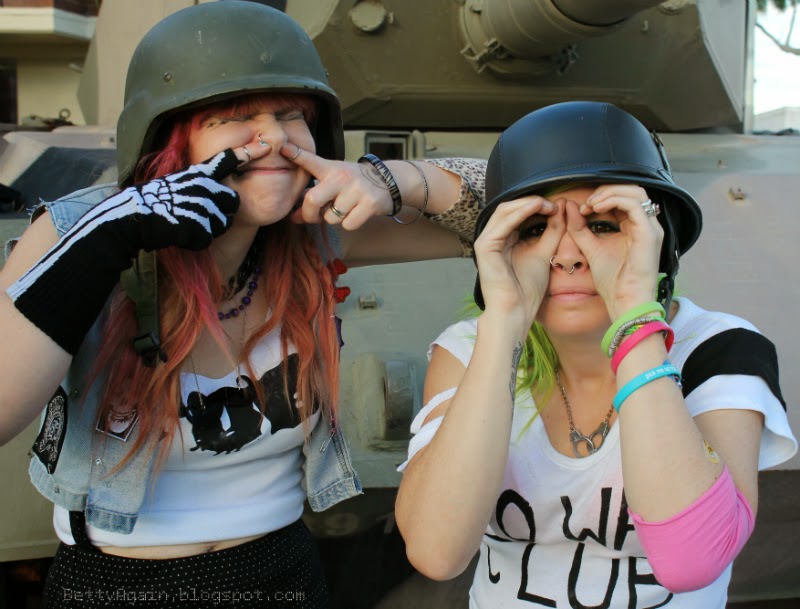 Just a heads up, don't google sub girl... you don't end up with pictures of the girl with the sub from the Tank Girl comics or movie. It took me longer than I'd care to admit to connect the dots when a lot of the pictures were (ahem) bondage... I'll leave it at that.

Okay hop along to see the rest of the girls and their looks - Max at Max California, Kat at Sew Chibi and Kelley from Casa Crafty!